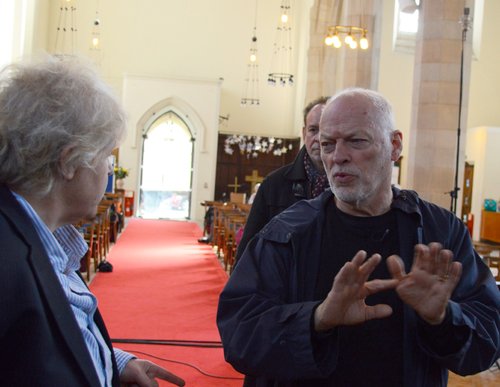 I have recently been working on a website for Liberty Choir. The Liberty Choirs were dreamed up by MJ Paranzino, singer, composer and choir director, and her partner, the journalist and writer, Ginny Dougary, more than ten years ago.

Their idea was to take MJ’s singers into prisons to create choirs with inmates in a continuous programme of choir singing. And when released to join out community choirs in South and West London, Brighton and Hastings.

I have been a member of South London Choir for some time so have had the opportunity to join several programmes in Wandsworth Prison.
David Gilmour has been a great supporter of the programme and we recently recorded vocals with him for his new single Rattle that Lock . The website is now up Liberty choir and the album went in at number one!

Lucy Maddison Design
5.0
Based on 9 reviews

review us on
See All Reviews
We use cookies on our website to give you the most relevant experience by remembering your preferences and repeat visits. By clicking “Accept All”, you consent to the use of ALL the cookies. However, you may visit "Cookie Settings" to provide a controlled consent.
Cookie SettingsAccept All
Manage consent

This website uses cookies to improve your experience while you navigate through the website. Out of these, the cookies that are categorized as necessary are stored on your browser as they are essential for the working of basic functionalities of the website. We also use third-party cookies that help us analyze and understand how you use this website. These cookies will be stored in your browser only with your consent. You also have the option to opt-out of these cookies. But opting out of some of these cookies may affect your browsing experience.
Necessary Always Enabled
Necessary cookies are absolutely essential for the website to function properly. These cookies ensure basic functionalities and security features of the website, anonymously.
SAVE & ACCEPT